The Pilum  is the typical legionary weapon together with the short sword Gladius. It was designed to penetrate the shield as well as the soldier holding it, and to bend upon impact to make it unusable for another opponent.

Drawings of Pilum Parts, to the right from Oberaden

Some pila have a spherical lump of lead on the shaft thought to enhance its penetration upon impact (no image).

Below example is an even later type with a flat head similiar to an arrow. 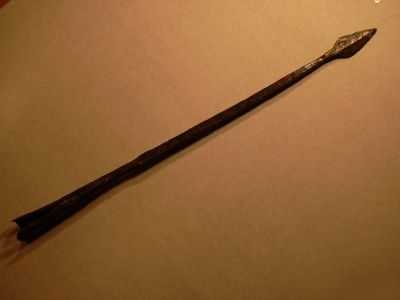 Lance / Spearheads and catapult projectiles used in roman times. Catapults as the one shown below shot warheads at high speed over high distances. Light spears were used to throw, while heavy lances were used to thrust by cavalry soldiers. 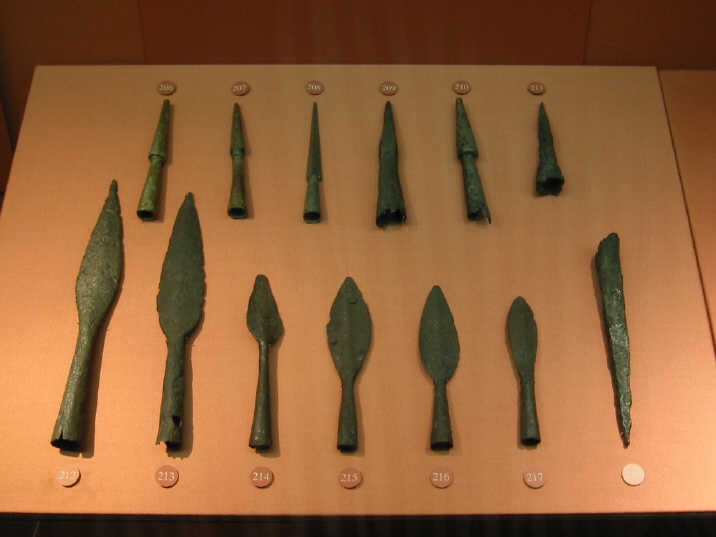 Spears and butts from the first Century AD

The plumbata, with lead to increase the impact, ca. 3rd century AD