Lead Sling Bullets
some carry inscriptions of the general or unit it was made for. These bullets were used by specialized sling shooters.
Left example say ITAL for an Italian unit (maybe one of the Legio Italica ?), to the right of Pompeius' LEG XIII, from Spain (the latter one is possibly a fake) 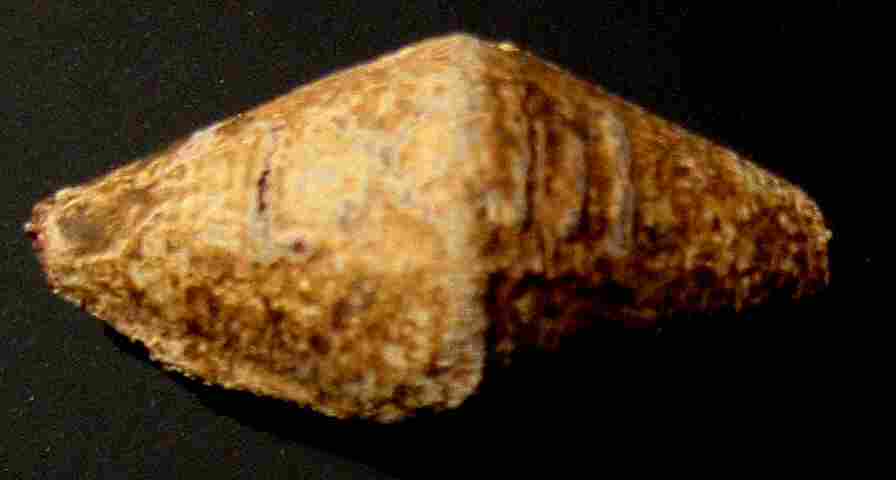 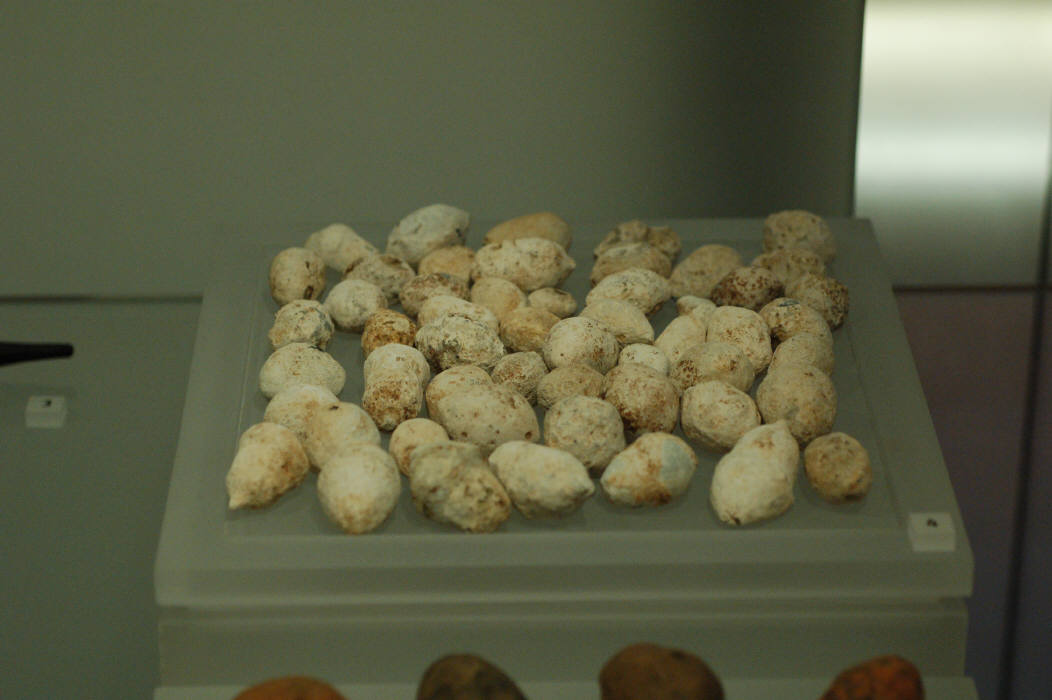 Below drawings of some lead bullets from the Republic (above) and first Century (below);  also arrows and fragments from bows

Reconstruction of a light Roman mobile artillery device to shoot arrows, others were designed to catapult heavy stone projectiles.
In addition the Roman army had a full armamentarium of siege weapons to drill holes in city walls, build mobile towers and much more. 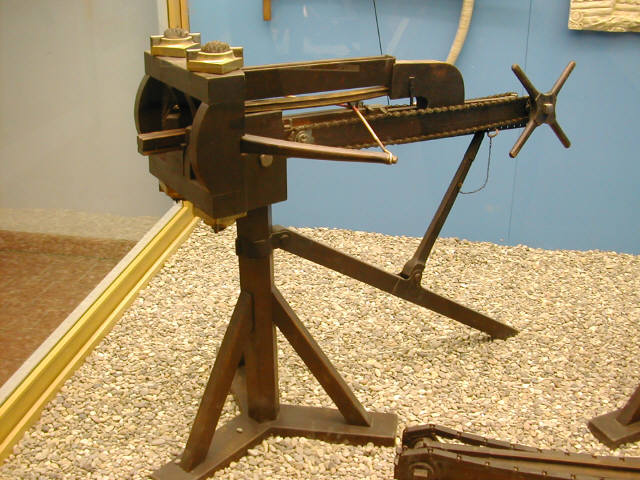 Recently recovered light catapult from the Xanten area, and its reconstruction. Iron and wooden parts were preserved exceedingly well in the mud of the River Rhine. 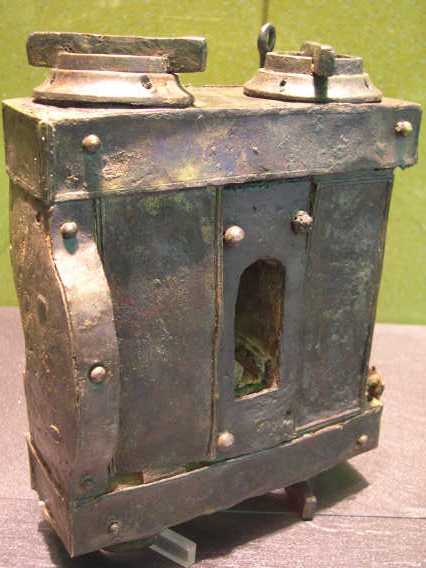 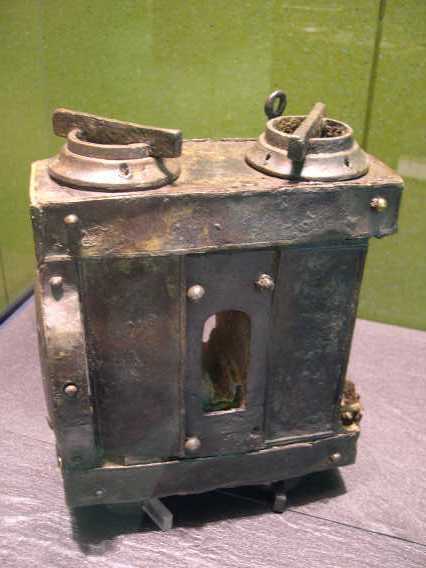 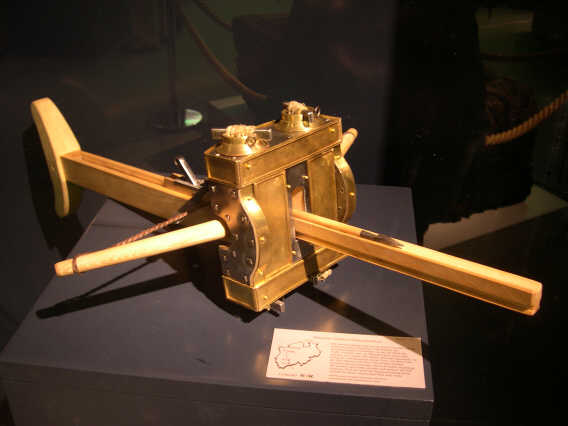 Catapult projectile of the Legion XIX, destroyed by the Germans under P Quinctilius Varus. Munich Archeological Museum, found in Oberammergau where the legion helped to conquer Raetia under Drusus and Tiberius 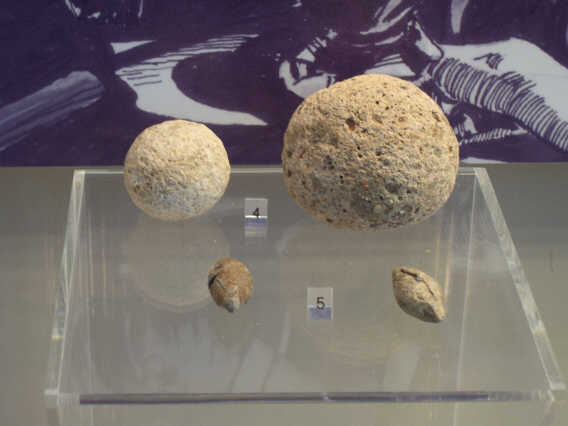 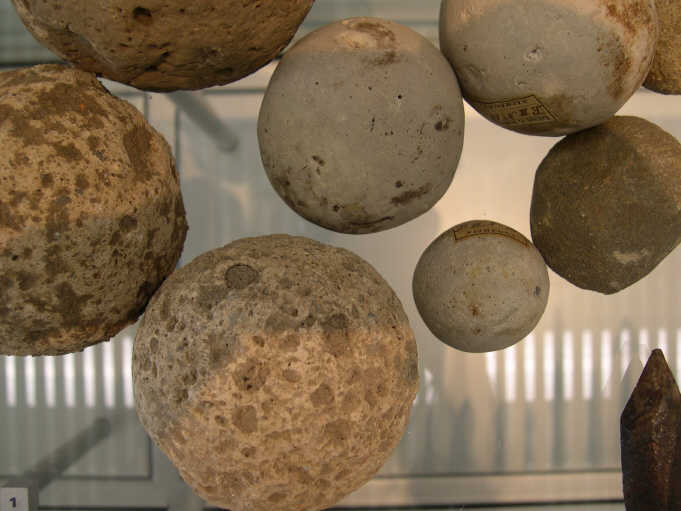