The Late Empire
Back to RNG Mainpage


The End of the Western Empire

A long line of Ursupators in the West, and the East can't or won't help.... 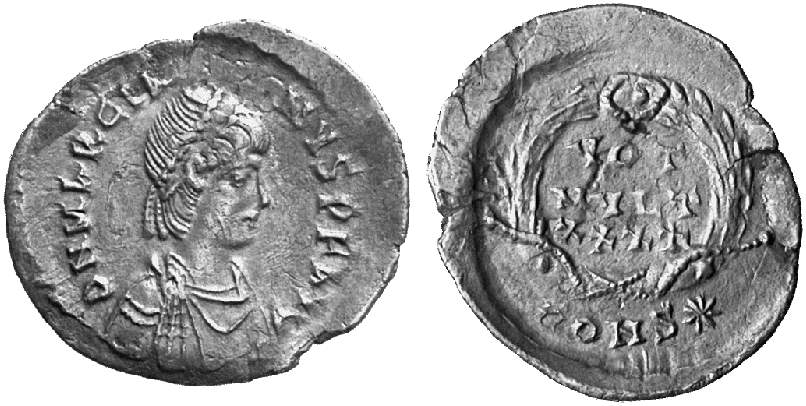 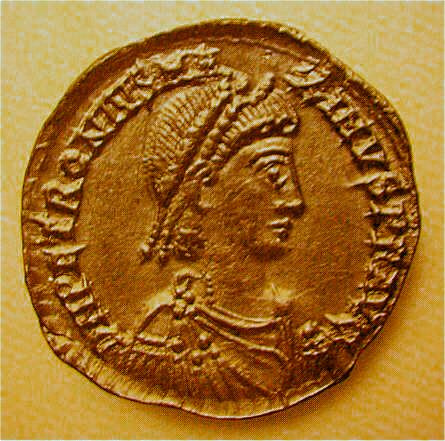 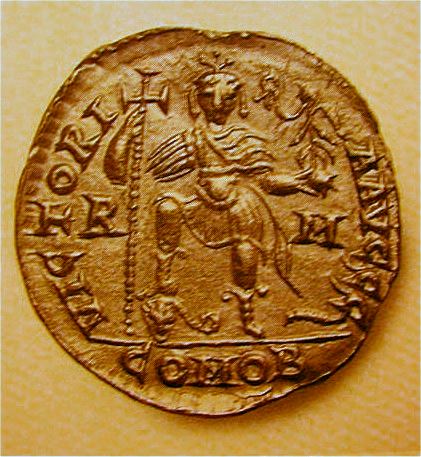 Avitus (455-456 AD), Western Empire, Solidus, to the left a Halfcentenionalis 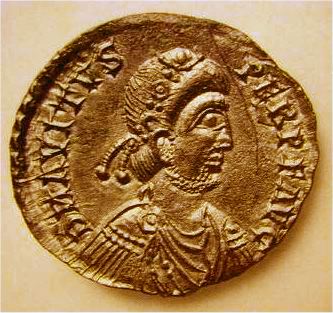 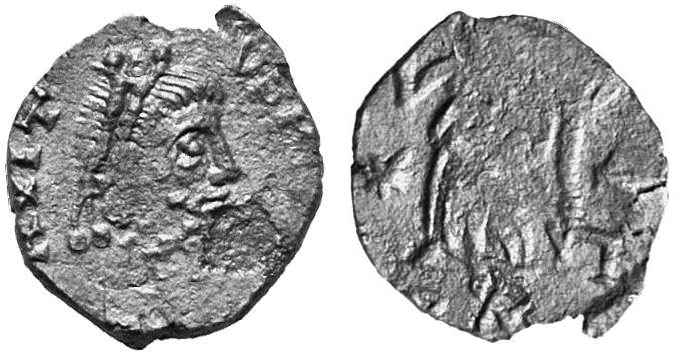 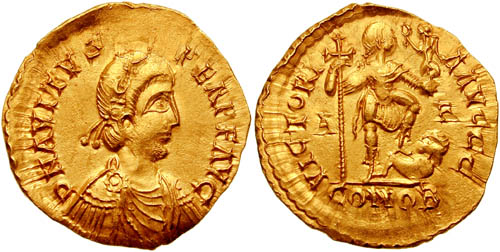 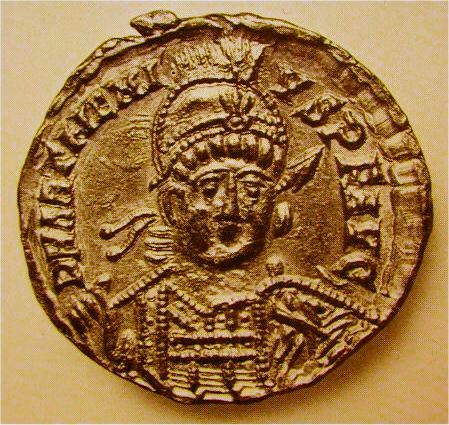 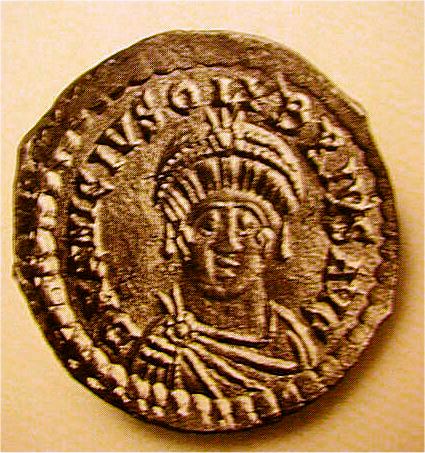 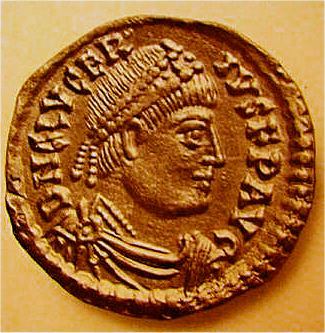 Julis Nepos was driven out of Rome to Ravenna, and later 475 into Dalmatia by his own military commander Orestes, father of the ursupator Romulus. Julius Nepos stayed in exile until the removal of Romulus by Odovacar, who sent Romulus' imperial insignia to Constantinopolis to Zeno.
Julius Nepos second reign followed with coins issued in his and Zeno's name in ie Milano, Rome, Ravenna, cut short by his assassination in 480 AD. This makes Julius Nepos the last emperor of the Western empire. Romulus  (end Oct 475- late August 476) was technically only an usurpator, however the parallel usurpator of the East Basiliscus (brother of emperor Leo's wife Verina, emperor Jan 475 - Aug 476) seems to have recognized him as emperor.

A coin minted during the first Reign and one of the second Reign (after the removal of Romulus) of Julius Nepos, both from Ravenna 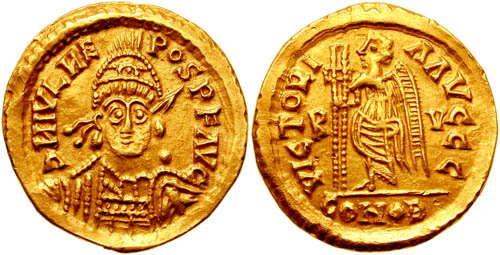 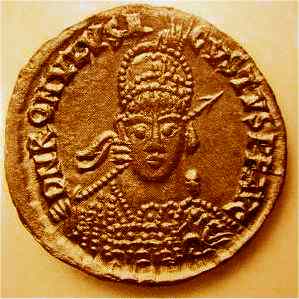 Romulus Augustus (called Augustulus), was sent to an early retirement by the Germanic mercenary Odovacar.

The Western Roman throne remained vacant after the assassination of Julius Nepos in 480 AD.

To the Germanic Kingdom Coin Section