Some of these countermarks have quite clearly a military context, mostly related to the Eastern campaigns of Rome against their Persian/Parthian Arch Enemy.

"TONZOY", a city in Thracia, on AE possibly from the Flavian period 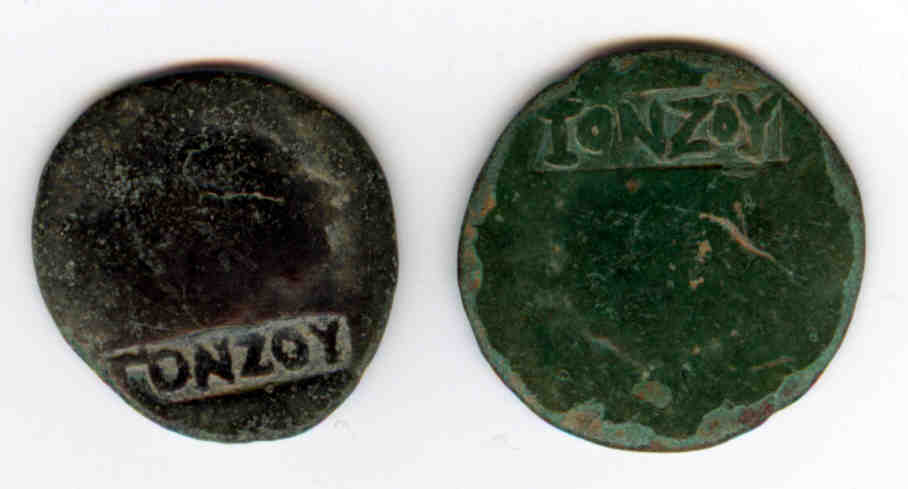 "DAK"  for the imperial title Dacicus, on a coin of Traian 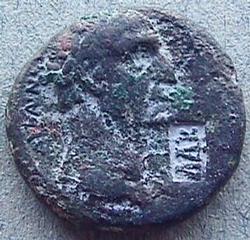 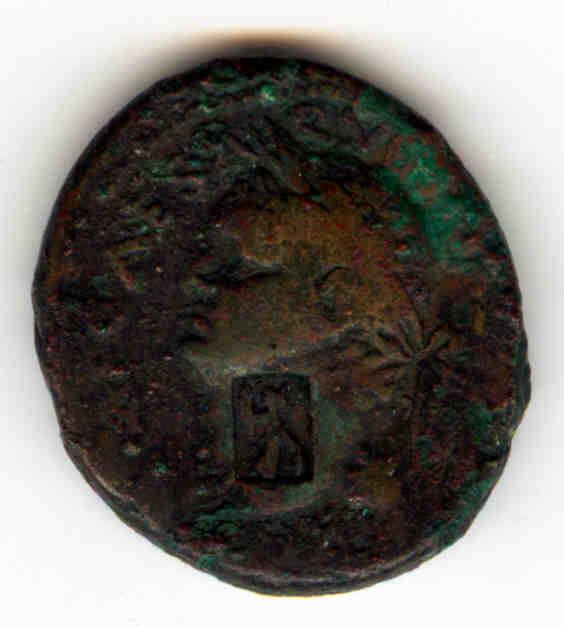 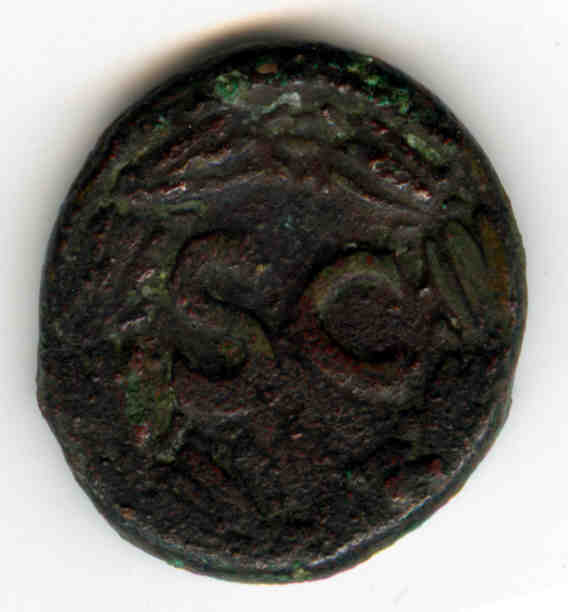 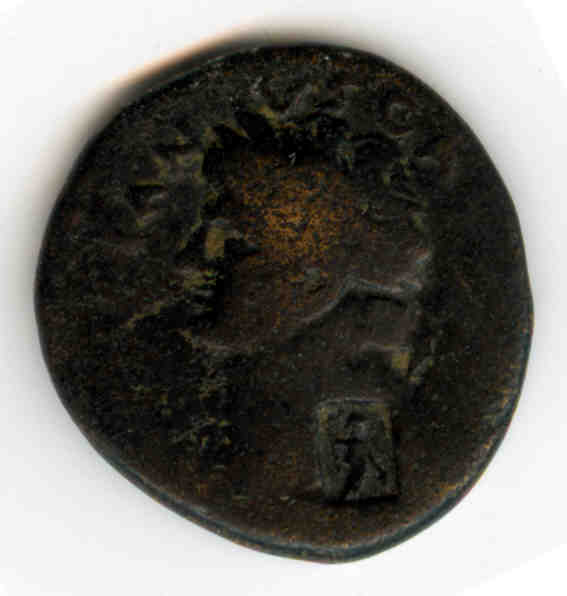 on Otho coin from Antiochia 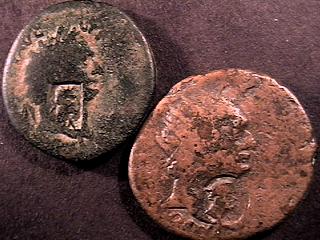 related countermarks could be these two "male heads" on Domitian (maybe from Hadrian's period ?)

Countermark "laureate" frequent on Traianus (left) and rarer on a Hadrianus (right) AEs from Antiochia. This is one of a group of countermarks on Eastern Provincial Coins with possible links to the legionary administration of the Eastern frontier towards Persia. 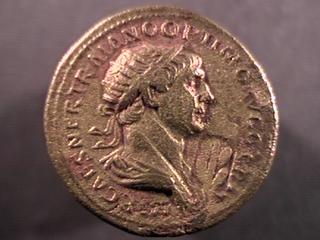 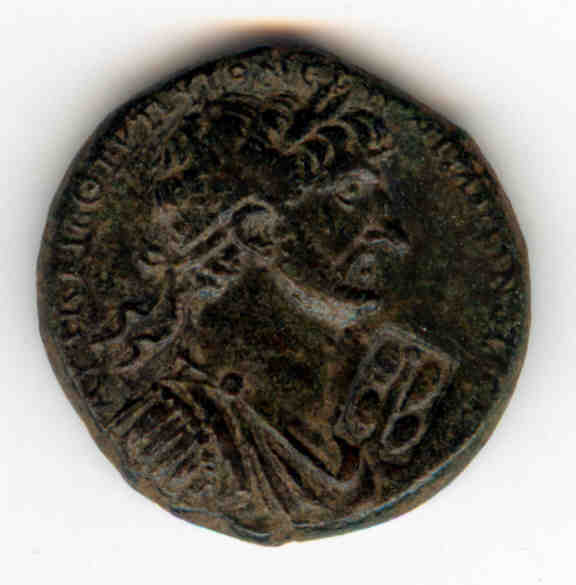 Some types celebrate the visit of the emperor to the East. The following examples are for Hadrian visiting the East to prepare the war against the Judean uprising in the 130s AD. 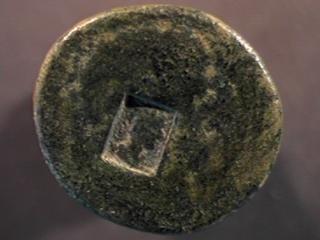 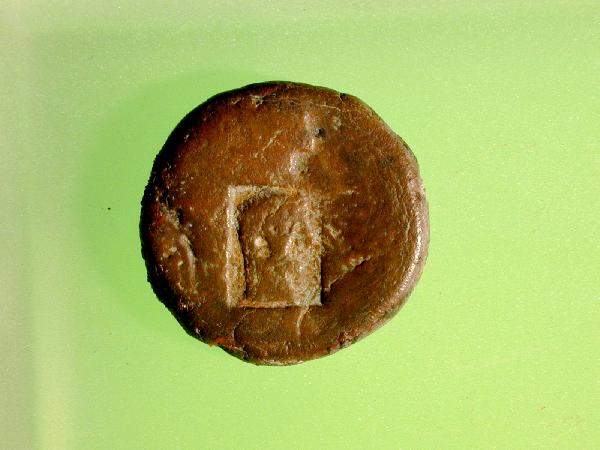 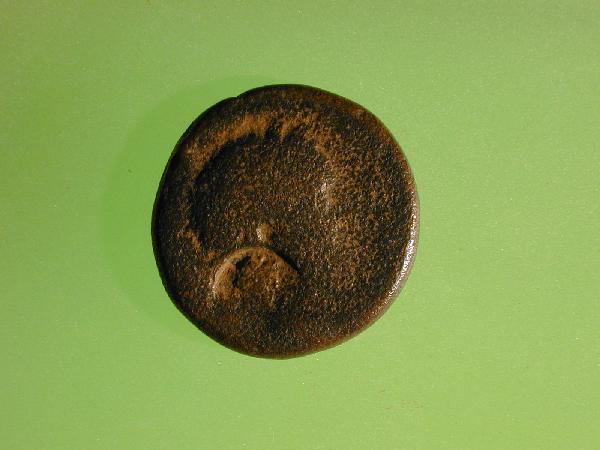 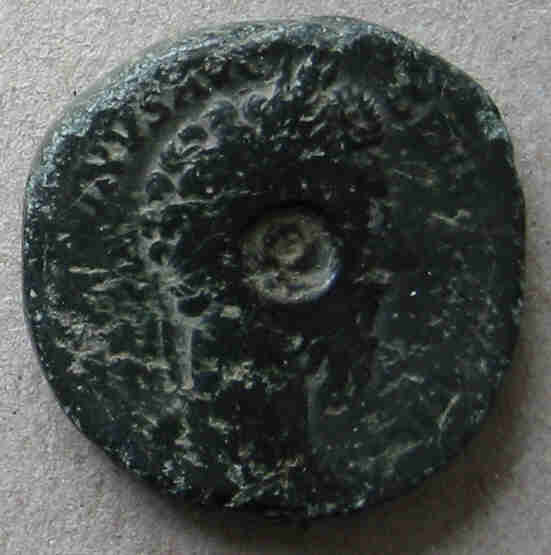 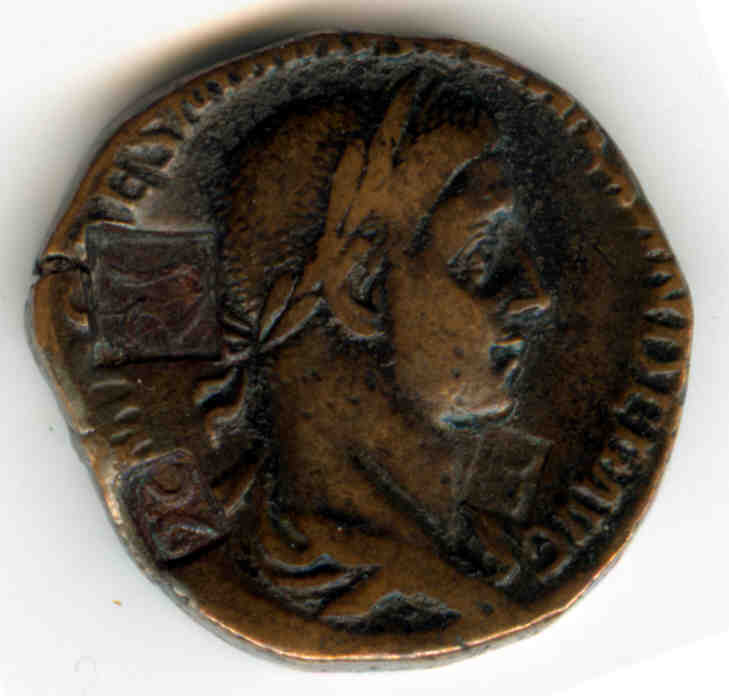 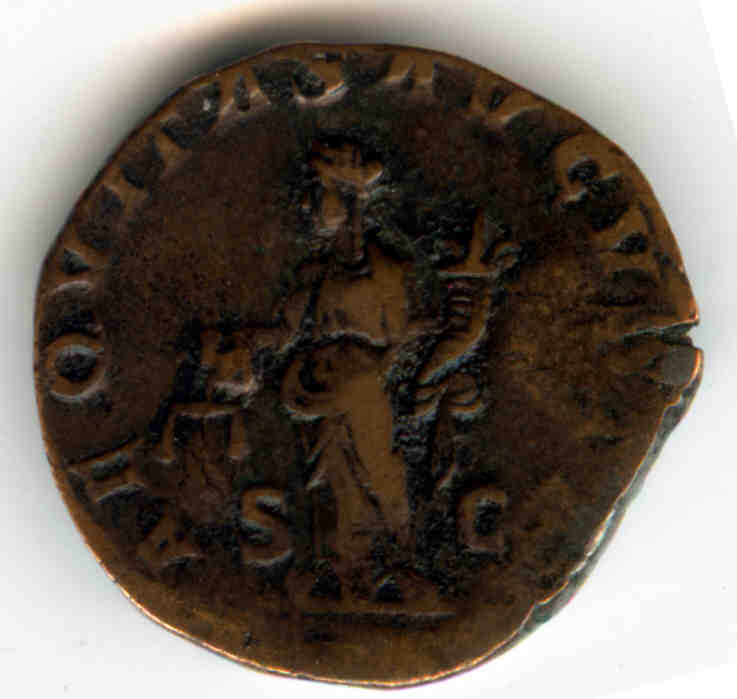 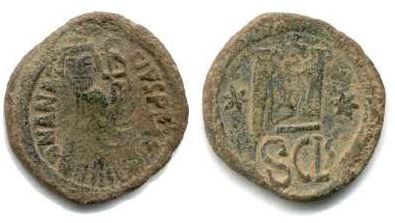 Sicilian Countermark of Heraklius on reduced follis of Heraclius 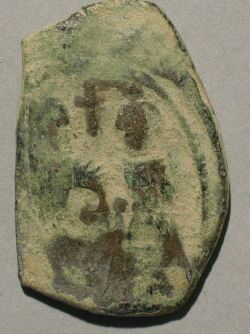 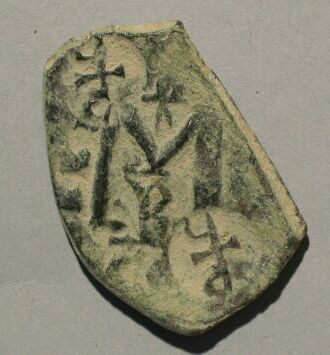