Why Rome ?
Rome brought the people around it initially military conquest, rape, pillage, occupation, taxes, but also roads, cities, peace, law, technology, wine, mediterranean life style. And it was followed by the dark ages so that in contrast its achievements are even more impressive. Worth to look back with interest, awe, but also thoughtfulness on the way empires rise and fall. Living in the period of the Great American Empire, there are lessons to be learnt from the past.

Why a Webmuseum ?
Yesterday's propaganda medium were the coins, today's is the web. So this internet museum project was a very natural step, marrying Roman past with today's technology. First pioneer websites such as a site about Traian on coins in the early 1990s opened the door to broader concepts such as this web museum (Unfortunately this early website disappeared soon afterwards, so common with digital content, also haunted by hard drive crashes and stolen computers). Still, what an interesting concept it was ! What possibilities to present to a wide audience ! We decided to do something of our own on the web, taught ourselves some basic webmaster skills and off we went. The birth of the Roman Numismatic Gallery  some 20 years ago.

We soon realized that contrary to a traditional museum or private collection that has to buy real artefacts for substantial amounts of money, a web museum based on collecting fotos is essentially free of cost beyond the server space, and can reach levels of excellence in content that no individual collection can ever achieve. Also - in the age of internet dealers and auctions-  the issue of artefacts popping up only transiently in some auction website and then disappearing again forever turned out to be a major issue for research. Traditional books and auction catalogues stay around so scholars can analyze them over the decades if not centuries, the usual internet auction is on only for a few days. So the concept of the Roman Diploma Online  was born to capture such epigraphic information. A very fruitful collaboration started to capture the texts and images of some 500 out of the only ca. 1200 Roman military diploma fragments known to date.

The RNG has since outgrown this humble beginning, with close to 4000 fotos, multiple sections far beyond Numismatics, close to 1000 visitors a day from more than 120 different countries around the globe.  And it is supported by a network of contributors and friends.

The website is "virtually" based somewhere in the US. The Roman Empire meets the American Empire. The Open directory project (dmoz.org), Google, Bing, Yahoo list the RNG prominently for the merit of its content, as do many many other websites and search engines.

And the new sections like the Roman Military Diploma museum as well as the Roman Countermarks museum, and the Roman Military Equipment museum are really museums of their own merit using our platform to reach the interested public and scholars alike. More to come I am sure.

Our newest section is the imagines imperatorum section with a virtual collection of images of the best coins of each Roman portrait type we could find. From ca 30 private collections, museums, and coin dealers.

And beyond this website lies the new book project on portraits on Roman coins, which will combine flawless macro coin fotography with detailed analyses of the portrait development of all Romans shown on Roman imperial coinage. It was issued in March 2017. ISBN 978-3-922840-36-7

Feel free to contact us with new images, suggestions, comments, your email will be forwarded from this address to the RNG partner with expertise in your field of interest.

romancoins.info @yahoo.com (without the blank between the name and the @). 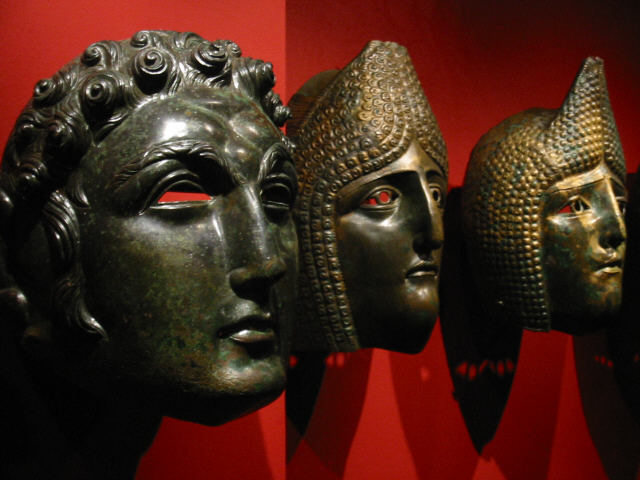