Roman Republican Coins are not the focus of this museum, however a few selected coins are shown since the crisis of the late Roman Republic with its military commanders taking over supreme political power, provides the background from which Octavianus, grandnephew of Julius Caesar, emerged as Princeps and Augustus.

In addition the late republic is of special numismatic interest as the Roman tradition of ancestors masks / portraits was beautifully transferred to the coinage. Young men from noble families had the moneyer position early in their career, and tried to leave a mark for future elections: famous family members were shown, important events presented on their coins. 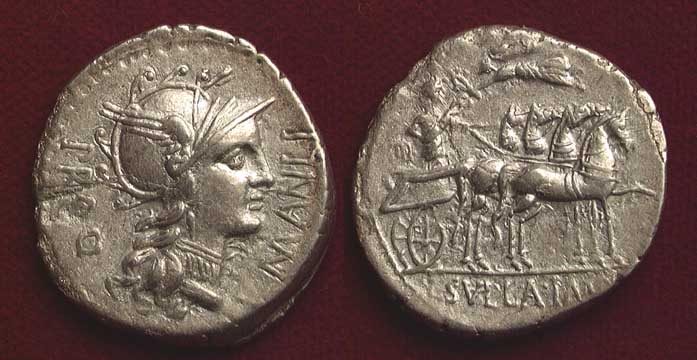 Sulla Imperator, Dictator, L.Manlius Torquatus, Proquaestor in the War with Mithridates, 82 BC
This coin could be seen as an early imperatorial coin, under the command of Sulla Imperator, not controlled by
the traditional moneyers. This coin exists also in gold, again not a usual monetary metal for the Roman Republic 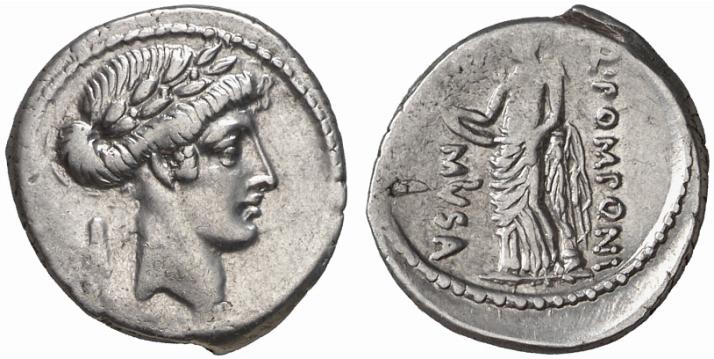 Melpomene, Muse of the tragical lyrics 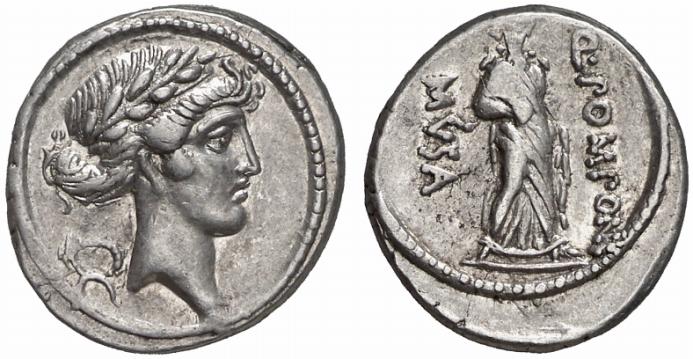 Terpsichore, Muse of the choric Lyrics and Dance, with Plectrum and Lyra

Family Coins of the Late Republic
mostly with portraits of famous ancestors...

Faustus Sulla 56 BC, his coins are of direct political context 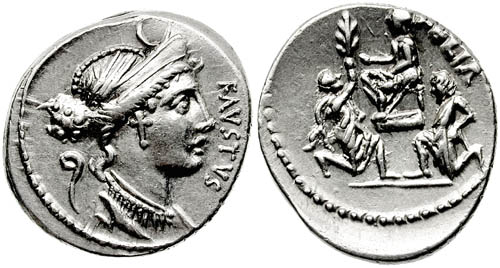 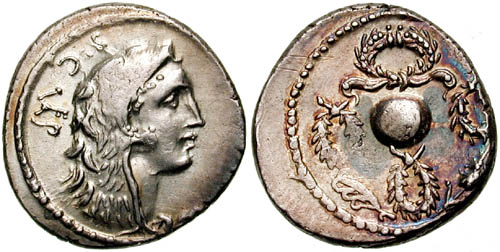 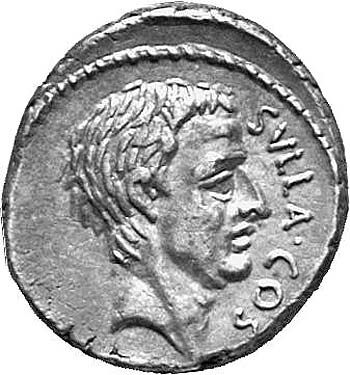 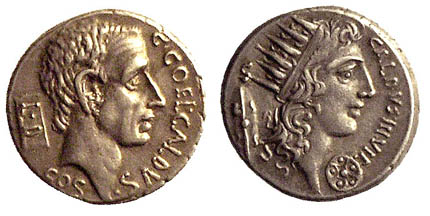 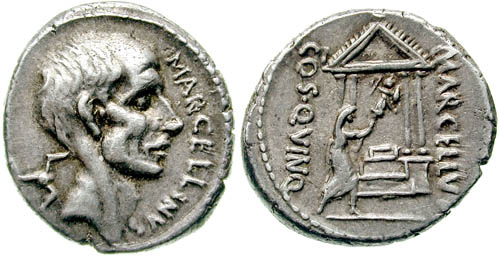 M Claudius Marcellus Cos, 50 BC

Aulus Postumius Albinus Cos 48 BC 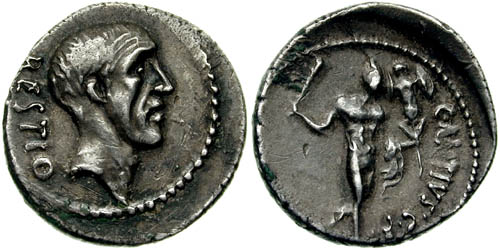 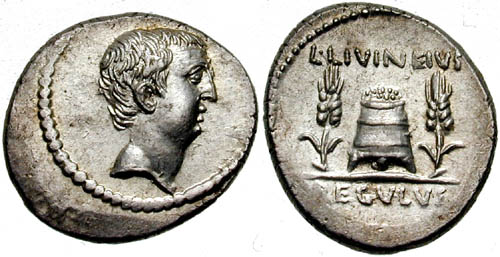 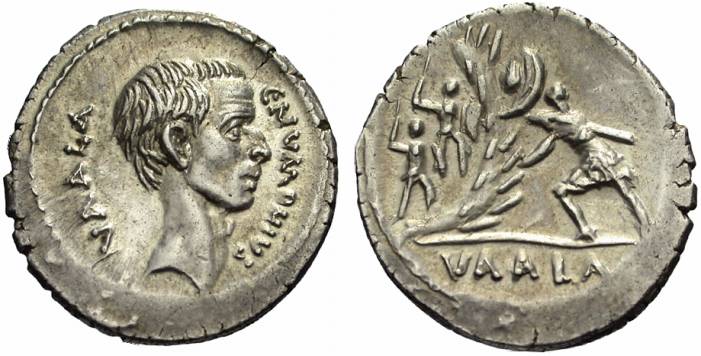 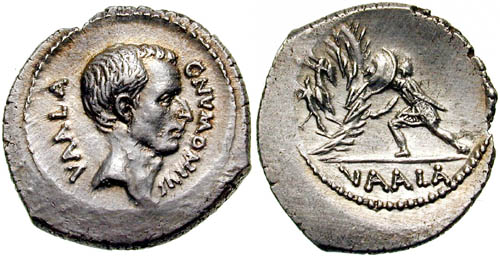 Please go to the Imperatorial Section